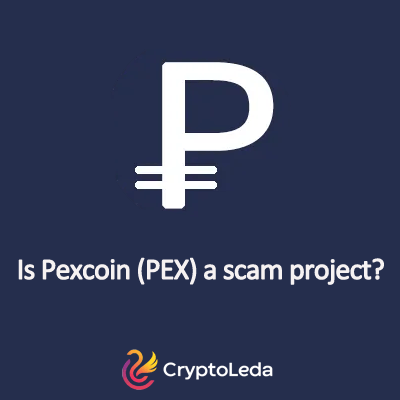 Is Pexcoin (PEX) a scam project?

Recently, a project called Pexcoin (PEX) – Project X was introduced by an Iranian activist in the field of digital currencies.
Based on the evidence we have, we have come to the conclusion that this currency is a scam project, so join us in discussing the reasons why this project is a scam project.

Why do we think PEX is a scam?

The 97% of project tokens are in the possession of 9 wallets, If you look at the number of “Tokens amount” in the this table you will notice that the numbers are rand, it seems that the team members of this project are 9 to 10 people and the tokens are divided by the number between them.

If you take a look at the whitepaper of this project, you will notice that there is practically nothing useful in it and they have only explained that what is NFT and etc.
Of course, there are references to the role of the project in these basins, but it is not clear and they have postponed further explanations to the future.

Most reputable projects in the blockchain world have a repository in the Github, that you can see the entire project sorce code, but PEX has no repositories on the Github.

Team members information of all reputable projects are available on their website and you can easily see who is working on the project, but this is not the case with Pax and they do not have any information from the coders and administrators.

Based on the evidence we reviewed, we came to the conclusion that this project has the potential reasons of a scam project. Unfortunately, due to the lack of sufficient control over such currencies, the number of worthless and fraudulent projects is increasing every day, it was our duty to provide the necessary information about this project, but it is up to you to decide.
Be with Cryptoleda 💚